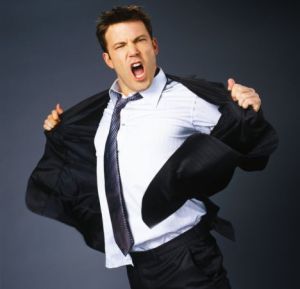 First scene:
At the busiest spot of NYC, a voice is shouting.
“America is now supporting financially the killing of thousands of people in Palestine. Kids killed in schools and innocent civilians…”
You turn around and the voice is that of a handsome blond young man with blue eyes,
Wearing a white t-shirt tarnished with blood,
His all-red arms up in the sky holding a sign defending the cause
Is it as impactful if it is the voice of an ugly old Muslim man? Or a young Muslim politician on TV, with a PhD from Harvard?

Second scene:
On the tramway in Casablanca during rush hour.
Standing up is a mother with a 4 year old kid, and carrying a baby whose age is approximately 6 months.
She continuously shouts at the kid. The kid starts crying.
The mother slaps him twice and keeps shouting.
A pregnant woman sitting near her 6 year old daughter asks her daughter to leave her seat for the shouting lady.
She kindly asks her to lower the tone and tells her the story of a similar experience she went through when her 6 year old was younger.
Is it as impactful if it’s the voice of a 70 year old man? Or a young man studying for a Master’s in psychology?

Third scene:
In the heart of Cairo, a young married couple walking down the street.
The way they are both dressing has a conservative Muslim vibe.
The man starts shouting at his wife, using inappropriate language.
She tries to reply with a soft voice, but the shouting continues, rising in volume as they’re walking.
A young Egyptian man with a beard approaches them and, with a religious jargon, talks the husband out of the disrespectful behavior.
Is it as impactful if it’s the voice of the British ambassador in Egypt? Or a 60 year old Egyptian leading female journalist wearing a mini-skirt?

Does it matter who speaks up?

What do you think? Cancel reply